Chicago theatres will present a wide variety of festive plays, musicals, dance, and comedy offerings this Holiday season. In support, the League of Chicago Theatres will create a comprehensive Holiday Theatre Guide that will be available for distribution in mid-November. The online Holiday Guide is available at https://chicagoplays.com/chicago-theatre-guide/.

The following is a selection of Holiday-themed work playing in Chicago this season:

Several theatres present the holiday favorite, A Christmas Carol. Goodman Theatre’s must-see annual production has enchanted audiences for more than four decades, runs through December 31. Metropolis Performing Arts Centre presents an adaptation filled with warmth, humor, music, and holiday cheer, December 1 – 24. Complete with falling snow and magical illusions, Drury Lane Theatre for Young Audiences brings a visually stunning one-hour experience for children of all ages, November 25 -December 30. Told through puppetry and music, the striking holiday experience of Manual Cinema’s Christmas Carol comes to brilliant life on stage for the first time at Writers Theatre, November 29 – December 24. A Theater in the Dark presents A Christmas Carol in the Dark, a streaming audio drama perfect for those who love the spookier elements of Dickens’ story, through January 1.

Family-favorite holiday movies come to life in the suburbs with Elf The Musical at Drury Lane Theatre through January 8, Irving Berlin’s White Christmas from Music Theater Works at North Shore Center for the Performing Arts, December 15 - January 1, and two productions of A Christmas Story, the Musical – Jedlicka Performing Arts Center, November 25 – December 10, and Marriot Theatre in Lincolnshire through January 1.

For over 20 years, American Blues Theater has treated audiences to a live retelling of the Frank Capra classic in a 1940s radio broadcast tradition, making It’s a Wonderful Life: Live in Chicago!, the second longest-running holiday play in Chicago. Running November 23 – December 23 at the Chopin Theatre. Oil Lamp Theater will perform its version of It’s a Wonderful Life: Live Radio Play on stage November 25 – December 30.

The beloved characters from Jane Austen’s Pride and Prejudice return for the third and final installment of the Pemberley trilogy, Georgiana & Kitty: Christmas at Pemberley, at Northlight Theatre, November 25 – December 24.

Holiday spectacle comes to downtown Chicago with A Magical Cirque Christmas, starring the hilarious and delightful exceptional new award-winning magician Lucy Darling whom David Copperfield called “a true original –hilarious and delightful; An EXCEPTIONAL new talent in magic”. The Christmas tale begins as the Guardian of Time, who manages the changing of the seasons with his giant magical clock, finds himself less than thrilled to face the countdown to the 2022 holidays. In other words, he’s not feeling it. To keep the clock ticking, Lucy Darling uses all her skills with jaw-dropping tricks and amazing feats of illusion, including a levitation that requires a bit of audience participation.  The performance unites the world’s greatest entertainers for a spell-binding and incredible holiday production of dazzling performers and breathtaking cirque artists seen on America’s Got Talent and the Tonight show. The story jumps along the time spectrum with visits to the rollicking 1920s a la The Great Gatsby style, the rockabilly 1950s, the boogie-oogie 1970s, and a classic Victorian 1890s London reminiscent of Charles Dickens, and is accompanied by beautiful holiday music from each period. Experience the enchantment of Christmas with this merry treat that’s perfect for the entire family. Playing at Broadway In Chicago’s CIBC Theatre, December 6 - 11.

In this adaptation of the Caldecott Honor-winning book, Hershel and the Hanukkah Goblins, a traveling
troupe of actors comes to town to find no one celebrating Hanukkah. Will they bring back the spirit of Hanukkah to the town? Will Hershel of Ostropol outsmart the goblins who haunt the old synagogue? Presented by Strawdog Theatre Company at The Edge Off-Broadway, December 11 – January 1.

Watch as the improvisers at ComedySportz sing and dance their way through a made up Hallmark-channel style spectacle that YOU help create in Trapped in a Holiday Musical!, through December 17.

Enjoy some adult comedy this holiday season when Cindy Lou Who, now 40, retells the story of the sordid events after she met the Grinch in the adults-only romp Who's Holiday! Presented at Theater Wit, November 25 – December 30. Then it is guaranteed yule laugh a whole latke as The Second City unwraps the most wonderful time of the year in their nut-cracking-est, jingle-bell-ing-est revue ever, Best of the Holidays, November 21 – December 31, and What The Elf?, the original sketch, variety, and improv celebration of the season, through January 1. At UP Comedy Club.

Holiday concert offerings include Merry, Merry Chicago!, a program of traditional carols and festive holiday songs performed by Chicago Symphony Orchestra and Chorus at Orchestra Hall, December 16 – 23; enjoy one of Chicago’s greatest holiday traditions with the Apollo Chorus of Chicago’s thrilling rendition of Händel’s Messiah at the Harris Theater for Music and Dance, December 10 – 11, while Too Hot to Handel: The Jazz-Gospel Messiah brings a totally reinvented rendition to the Auditorium Theatre of Roosevelt University, December 3 – 4. Plus, Black Ensemble’s Christmas Cabaret is a musical celebration with Black Ensemble Theater performers and a live band, December 10 – 18.

The holidays take an unexpected turn for everyone’s favorite Golden Girls when they find out that the infamous Shady Pines Retirement Community is on the verge of closing, leaving most of Sophia’s friends homeless for the holidays. Can the girls step in and save the day in time for Christmas? The Golden Girls: The Lost Episodes, The Obligatory Holiday Special is presented by Hell in a Handbag Productions at Center on Halsted Hoover-Leppen Theatre, November 26 – December 30.

Some notable non-holiday offerings this season include:

Celebrated director Henry Godinez sets Shakespeare’s Measure for Measure in the turbulence of 1959 Cuba, during the pivotal moments before Fidel Castro seizes power, running at Chicago Shakespeare Theater through November 27.

Porchlight Music Theatre presents RENT, the Tony Award- and Pulitzer Prize-winning musical that has become a cultural phenomenon, through November 27 at the Ruth Page Theater.

Court Theatre’s production of The Island, a sobering glimpse into the social, physical, and psychological wounds of Apartheid, through December 4.

A Mile in the Dark is about the people we think we know but don’t and the hard truth sitting in plain sight. Presented by Rivendell Theatre Ensemble and Interrobang Theatre Project through December 11.

About Face Theatre in partnership with Silk Road Rising presents Mosque4Mosque, a family comedy about a queer Arab-American Muslim man navigating his first real relationship, playing at The Den Theatre through December 17.

TimeLine Theatre Company presents Trouble in Mind, a cutting yet humorous behind-the-curtain drama that examines pervasive racial dynamics within the American theatre and the tolls of superficial representation on stage, through December 18.

For a comprehensive list of Chicago productions, visit the League of Chicago Theatres website, ChicagoPlays.com. Available half-price tickets will be listed at HotTix.org.

Chicago theatres prioritize safely gathering. Patrons are encouraged to confirm current protocols at each theatre. Shows and protocols are subject to change.

About Chicago theatre
Chicago theatre is the leader in the U.S. with more than 250 theatres throughout Chicagoland, comprising a rich and varied community ranging from storefront, non-union theatres to the most renowned resident theatres in the country, including 6 which have been honored with Regional Tony Awards, and the largest touring Broadway organization in the nation. Chicago’s theatres serve 5 million audience members annually and have a combined budget of more than $250 million. Chicago produces and/or presents more world premieres annually than any other city in the nation. Each year Chicago theatres send new work to resident theatres across the country, to Broadway, and around the world. For more information, visit www.chicagoplays.com. 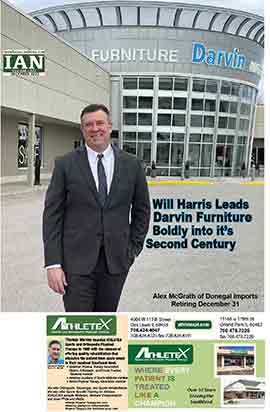 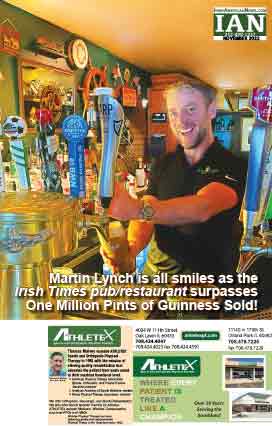