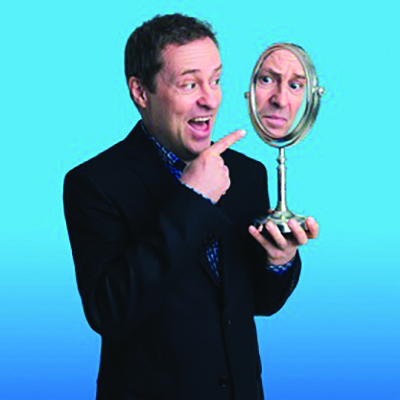 “One of the most likeable and personable characters in stand-up.”  (Irish Independent)

Ardal O’Hanlon is widely regarded as one of the godfathers of contemporary Irish comedy and was the first Irish comedian to be asked to do a half-hour special on Comedy Central. His award-winning career began in 1994 when he immediately won the Hackney Empire New Act of the Year and the Spitting Image New Act of the Year. Since then he has been nominated for numerous Bafta awards and British Comedy Awards and continued touring his unique life-enhancing brand of surrealism and punchy observational comedy around the world. He has performed multiple times at the most important comedy festivals including the Just for Laughs Festival at Montreal, the Melbourne Festival in Australia, and the Edinburgh Festival. Most recently O’Hanlon was seen in the hit Netflix TV Series Derry Girls.

Please Note: You may be required to wear a mask at this performance.