After 75 years, the story of the World War II tail gunner who fell four miles without a parachute and lived is finally being told

Tailspin tells the story of Gene Moran, the Wisconsin farm boy who fought in history’s greatest aerial confl ict and survived a four-mile fall without a parachute. But after his capture by the Germans, his ordeal was just beginning. Buy Book Here! 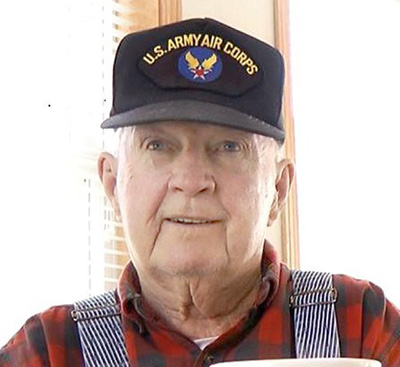 VIROQUA, WI – For nearly seven decades, Gene Moran (above) kept his story to himself. Friends and family in his hometown of Soldiers Grove, Wisconsin, whispered the basics of the story: bomber plane tail gunner . . . shot down by the Nazis . . . no parachute . . . fell four miles, crashed into a forest, prisoner of war.

Enter debut author John Armbruster. When John, at the time a rookie social studies teacher, learned of Gene’s story, he immediately planned for classroom visits and lessons featuring the local war hero. But one of Gene’s daughters warned him, “We don’t go there.”

Years passed. Gene and John became friends but never talked about the war, even as family, friends, and other veterans urged Gene to share his story. In the end, he finally agreed to a book—but only if John wrote it.

John initially refused. He had a journalism degree but hadn’t written professionally in 20 years. He also had his own fight ahead: his wife, Carmen, was battling Stage IV breast cancer. Eventually, author Ben Logan, a mentor to John, convinced him to take on the project before Gene took his story to the grave. And so, Tailspin began.

Tailspin is much more than an incredible war story. It’s a compassionate portrait of an aging veteran finally revealing the traumatic memories he kept inside for more than 60 years. It’s also the story of the author’s own trial: raising two young sons as he lost his wife to cancer, all while trying to tell Gene’s story before it was too late. Tailspin is a heartwarming testament to enduring the worst that history and life can deal to ordinary men and coming out on top. 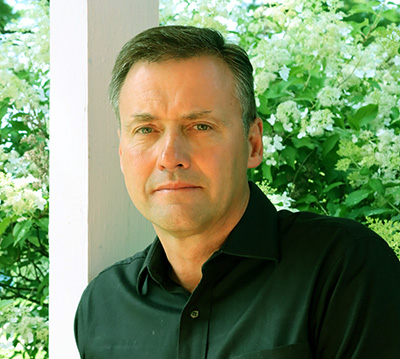 ABOUT THE AUTHOR
John Armbruster has taught American history and government at the middle and high school levels for 29 years. Before becoming a teacher, he wrote for public radio and newspapers after graduating from the University of Wisconsin–Madison. He lives on a small farm outside of Viroqua, Wisconsin, in the heart of the Driftless Region. His late wife, Carmen, died in 2012 after a long fi ght with breast cancer. They have two sons: Matthew and Joseph.

Tailspin is published by Ten16 Press, a division of Orange Hat Publishing, based in Waukesha, Wisconsin.
Orders for the book can be placed at ten16press.com/shop, johnmarmbruster.com, amazon.com, and barnesandnoble.com