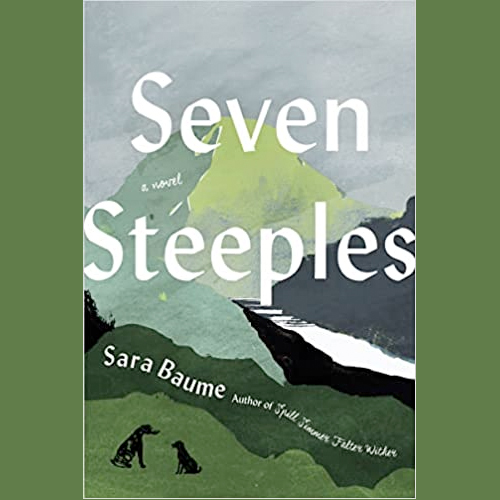 This Spring, Mariner Books will be publishing Sara Baume’s SEVEN STEEPLES (4/26/22). The Irish author delivers a stunning and powerful new novel, one that is sure to delight and captative readers.

SEVEN STEEPLES follows Bell and Sigh, a couple who deviate from the conventional paths laid out before them to build a new life in the Irish countryside. Although isolated from the rest of the world, they find themselves under the watchful eyes of the craggy mountain that looms over their new home. They make a promise to climb the mountain, but—over the course of the next seven years—it remains unclimbed. Sara’s notable descriptive language and sensory imagery animates the relationship the two have for each other, and for the land around them. At its core, this is a novel about love, and what it means to restart our lives on our own terms.

Sara’s artistic background combined with her gift for well-crafted observations creates a vivid motion picture of their relationship—as if you were the mountain watching it all occur.


ABOUT SARA BAUME
SARA BAUME’s debut novel, Spill Simmer Falter Wither, and second novel, A Line Made by Walking, have won and been nominated for numerous awards. She is a recipient of the Davy Byrnes Award, the Geoffrey Faber Memorial Prize, and a Lannan Literary Fellowship. Baume works as both a visual artist and a writer.

Previous praise for SPILL SIMMER FALTER WITHER
“Elegant, heartbreaking, and inspiring. . . The lyric, lilting style of Baume’s voice will endear even animal non-lovers to her thrilling and transformative story. With echoes of Mark Haddon’s narrative style and a healthy dose of empathy for the lost and lonely among us, Spill Simmer Falter Wither is a superlative first novel.”—Booklist, STARRED

“[Baume] has a way with words...As you sink into the rhythms of Baume's prose, you can almost smell the salt air and feel the sting of a small town that can be unforgiving to those who are different.”—NPR, “Best Books of 2016”